These people are seriously deranged and trust me when I say, they will not handle the 2020 election results any better.

The loving and tolerant left is at it again.

According to a new report, White House spokesperson Stephanie Grisham is being flooded with vulgar and violent hate mail.

Below are just some of the examples of the type of sick garbage she receives from “loving liberals.”

According to Breitbart, one crazed nutjob wrote: I am tired of lies. I am tried of racism. I am tired of the swamp. I am tired of ‘alternative facts.’ I am tired of cover for the Drumpf. I am tired of bully tactics. I am tired of rapists. I despise dictators. I wonder will you kiss the ring? the ass? The Putin-lover, the dictator-lover? You have already, I know. Are you going to kick out journalists? Are you a Sarah Sanders wannabe? Will you always praise the racist in chief? Are you a racist? I know… you don’t care either, do you? Watch your p*ssy.

Another lunatic sent a teddy bear coated in “fake blood.” The Secret service intercepted that but took a picture of the demented stuffed toy.

And yet another mentally ill kook sent what appeared to be a “death memorial” saying “you were remembered in prayer.” 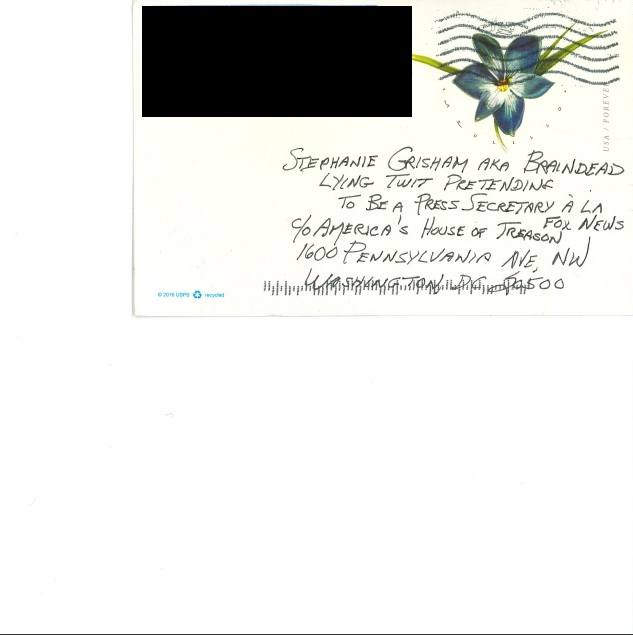 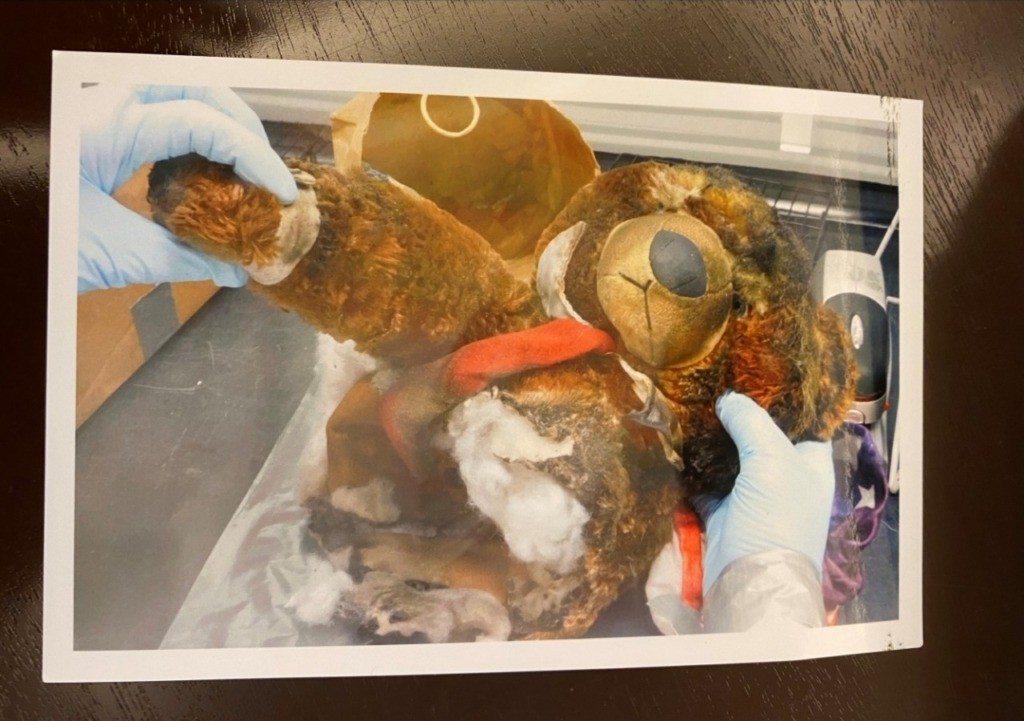 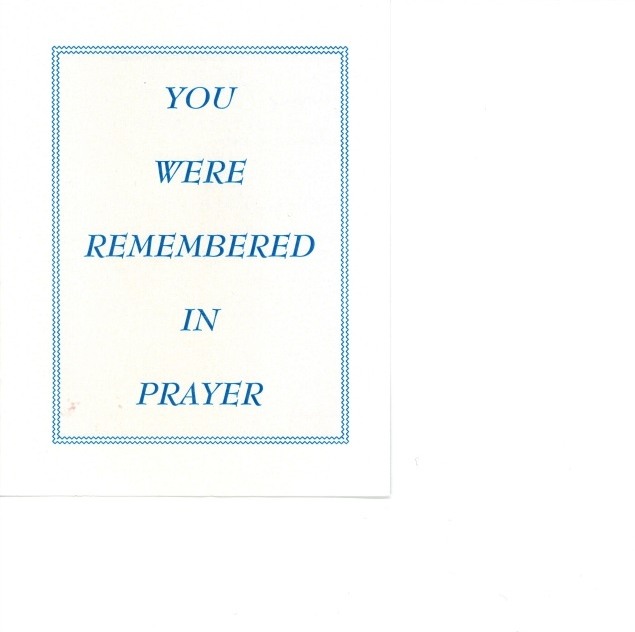 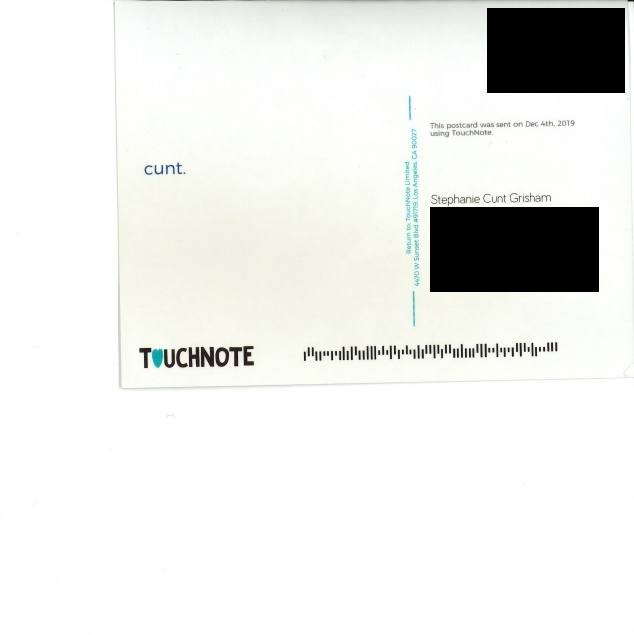 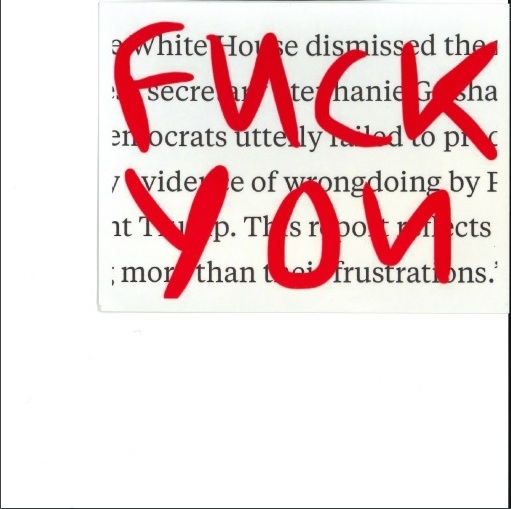 These people are seriously deranged and trust me when I say, they will not handle the 2020 election results any better.

White House Press Secretary Stephanie Grisham has seen an increased level of overtly hateful messages and sexist threats since the establishment media have intensified criticisms of her in recent weeks, Breitbart News has learned exclusively.

They have intensified as CNN, the Washington Post, and the New York Times have published a steady stream of attacks against her, whining that she has not done an on-camera briefing since taking the job. All three outlets have engaged in a series of hits ripping her, and as they have done so, the threats against her have increased. [Breitbart]

I loathed Obama’s policies. I thought he was the worst president this country has ever had, but I never allowed it to blacken my soul or turn me into a raging schizophrenic.

Liberals have gone off the deep end. Their hate and venom haven’t gotten better after 3 years, it’s actually gotten worse because Dems and the lying fake news media have egged this sick and twisted behavior on. They won’t be happy until somebody gets hurt, and then they’ll figure out a way to blame it on President Trump.

Thousands March On Washington For Day of Prayer, President Joins