We are lacking in this regard.

Among the qualifications the Founders deemed necessary for a properly functioning republic was a moral citizenry, a God respecting citizenry, and an intelligent citizenry.

Well, we punted on the first two long ago. But we had a shot at the last one until relatively recently. However today, surveying academic test results, cultural inclinations, and election results, we have to ask ourselves, are we still an intelligent citizenry? The answer is not a hopeful one. 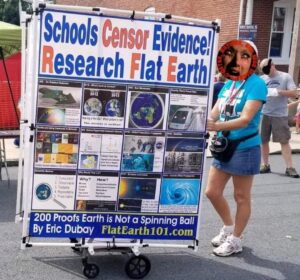 MORE NEWS: Another Bombshell Comes Flying Out Regarding President Joe Biden and His Family’s Handling of Classified Document

This crosses party lines, racial and ethnic categories, and economic status. It is foremost an inability of most Americans to think critically and their penchant to substitute emotion where logic and reason should instruct.

Politically many Republicans blindly worship a populist demagogue. They blow off his personal behavior thinking policy successes will substitute. But they ignore the counsel of a great conservative president. Ronald Reagan said, in regards to leadership, “Character is everything.” For character leads to individual action. A bad character will eventually reap consequences for a person and for the institution that person may lead.

Democrats have almost wholly left the reservation on this one. They are predominantly a combination of grievance hustlers and screaming meemies. Their hatred of America, their loathing of anyone who doesn’t think like them, their complete lack of empirical analysis, make them operationally very slow-witted. One celled creatures have a more insightful intellect.

We can lay this at the feet of teachers unions, Hollywood, and the Left in general. By denouncing standards as biased, by the union putting more time in labor agitation than education, by the creation and distribution of dumb downed culture, by creating and exploring racial divides which results in bitterness and resentment rather than a will to achieve, we have created a society of functioning imbeciles.

The lack of critical thinking inherent by these actions also leads to confirmation bias, an obsessive inability to countenance any views not of one’s own. What’s worse, one’s own obsessive personal views are taken as holy writ, impervious to reason and empirical evidence.

We can see it in the Left’s embrace of socialism, even though socialism had dismally failed everywhere it has been tried and usually ends up in bloodshed by the millions. We can see it in the populist habit of escribing an inherent wisdom to the mob and their feral pursuit of power more akin to Berlin in 1932 than America today. Their leaders know this and bend the unwashed egalitarians to their will by emotional appeals. The populist mobs follow in goosestep.

MORE NEWS: 16.4+ Million Americans on Stand By, Ready to Take $329 Billion of our Tax Dollars to Pay for THEIR Education

These intellectual habits render Americans weak not only at the ballot box, but in most facets of life. Basic data necessary for daily living is ignored, as the information could get in the way of focus on a video game or televised sports. This has been a growing phenomenon for decades. 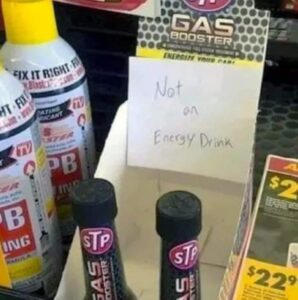 Is there anything we can do about this, or is it just the natural state of a society where the lowest common denominator rules in the market, political discourse, and political choices? Can a nation that is de jure egalitarian survive as anything else but a collection of cretins and thus not have the right stuff to operate a republic? Look around you. The answer is clear.

Governments across U.S. looking to state of emergencies to address gun violence

16.4+ Million Americans on Stand By, Ready to Take $329 Billion of our Tax Dollars to Pay for THEIR Education

Lawless Democrats Not Cooperating with Request for Biden Documents