Shep took his ball and left Fox News after Tucker Carlson bested him...Now he's slithering back, but this new gig has got be an ego bruiser.

After Shep Smith took his ball and stormed off of his flashy Fox News set, most of us figured he’d be heading to CNN or NBC.

Low-rated hep left the #1 cable news network after getting into an argument with a top-ratings grabber Tucker Carlson, who easily humiliated the hysterical anti-Trump diva. Word has it that Shep was told to stop bickering with Tucker and this infuriated him so he left Fox and has been laying low while his non-compete expires.

At the end of September, after Smith got former judge and Fox News regular Andrew Napolitano‘s opinions about President Donald Trump, a guest of Carlson’s, Joe DiGenova, called Napolitano “a fool.”

The next day, Smith fired back on his show, Smith took aim Carlson, 50, on his own show, noting that the comment was made by a “partisan” guest on an “opinion show.” He said the comment went “unchallenged” by Carlson.

“Attacking our colleague who’s here to offer legal assessments on our air is repugnant,” Smith added at the time to viewers.

Smith’s exit is another disruption for Fox News, which came under fire over various sexual harassment issues

Now, Shep is ready to take his hysterical fake news “carnival show” back on the road and he’s not heading to CNN or MSNBC or even NBC like most of his supporters speculated.

He’s actually going to the bottom of the barrel, over at CNBC…

Look at their ratings. This is a far, far cry from Fox, or even CNN or MSNBC.

I guess the next step down would be answering viewer phone calls on CSPAN. 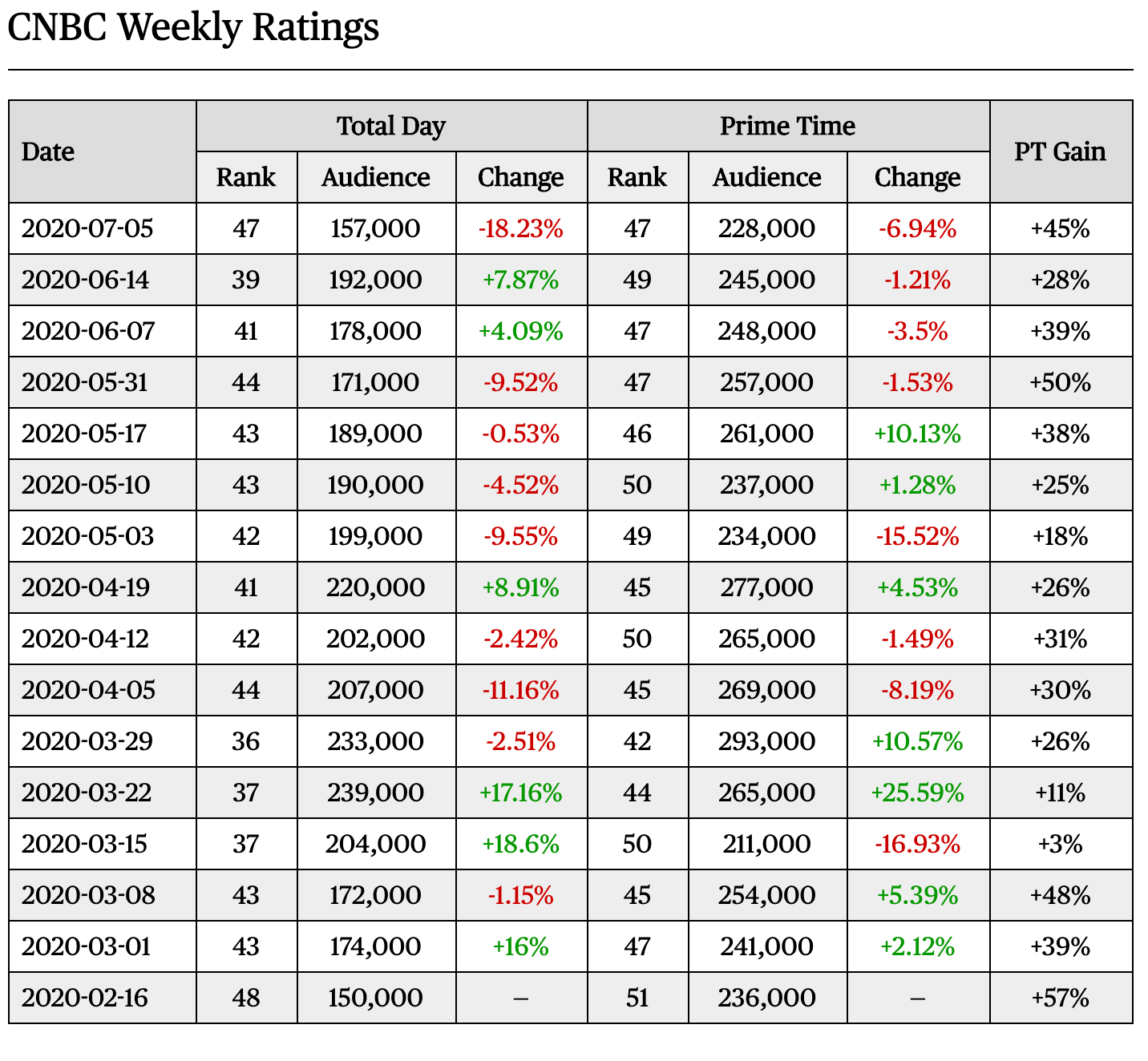 It's a boring financial news station, nobody watches it for actual news. How embarrassing for Diva Shep.

Meanwhile, Tucker is #1 in all of cable.

That has to sting. 🤣 https://t.co/KaozlBjH6p

Smith joins CNBC after spending 23 years at Fox News Channel, where he anchored “Shepard Smith Reporting,” “The Fox Report” and “Studio B.” He also served as chief news anchor of the network and managing editor of the breaking news division.

“I am honored to continue to pursue the truth, both for CNBC’s loyal viewers and for those who have been following my reporting for decades in good times and in bad,” Smith said in a press release.

Early on people were buzzing that Shep would be waltzing into NBC and taking over Chuck Todd’s gig.

I guess Shep doesn’t have the clout he or his supporters thought he did.

This piece was written by Missy Crane on July 8, 2020. It originally appeared in WayneDupree.com and is used by permission.

Unarmed Five-Year-Old White Boy Killed in Cold Blood by Black Assassin. Where are the Protests??

When the 25th Amendment is invoked, what will President Harris do?