VIDEO: NOAA Offering $20K For Info Leading To The Arrest Of Suspect Who Shot Dolphin In The Face

The Florida Fish and Wildlife Conservation Commission made a grisly discovery last week in Naples, Florida, when a dead dolphin washed ashore with a massive wound to its face.

Two dolphins washed up on Florida beaches — one with a gunshot wound to the face and another with a stab wound to the head.

National Oceanic and Atmospheric Administration (NOAA) Authorities are offering a $20,000 reward leading to the arrest and conviction of the person responsible for killing the dolphins.

People who do these types of things are usually the types who also love to brag about them to their friends, and the type of friends they attract are also the type who would have no problem trading in their friendship for $20,000. I sincerely hope this is the case here.

I hope that the person/people responsible for this horrible act are found and prosecuted. Dolphins are extremely intelligent, beautiful mammals that should be protected. 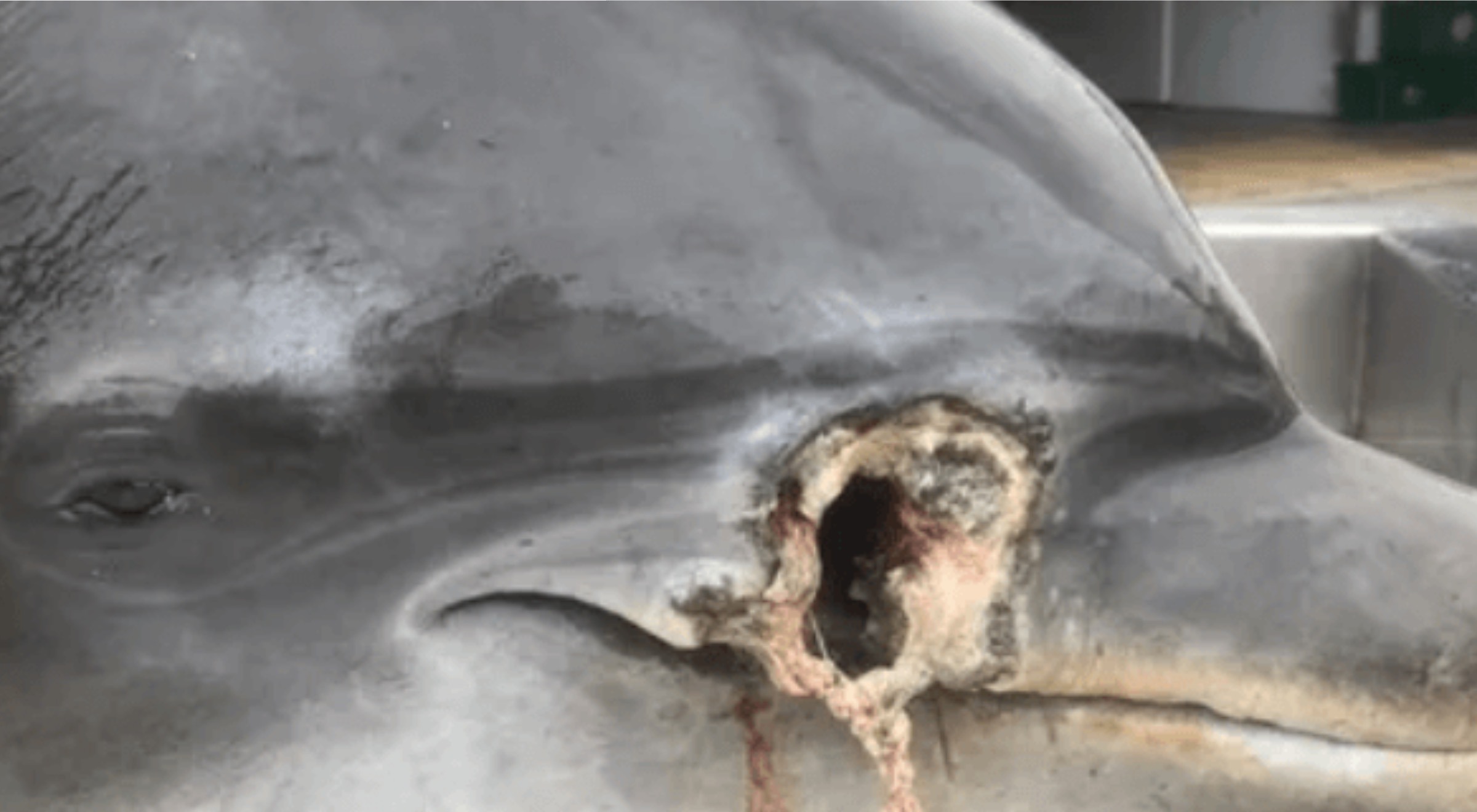 According to Dolphin Angels, the FWC discovered a dolphin last week off the Panhandle that had been shot in the side of his face.

“FWRI biologists from our Southwest field office performed the necropsy of a dead dolphin off Naples, Fla., late last week. The animal was fatally wounded from what appeared to be a bullet and/or a sharp object. Within the same week, Emerald Coast Wildlife Refuge experts recovered a dolphin with a bullet in its left side along Pensacola Beach, Fla. Another dolphin with a fatal puncture wound to its head was found dead off Captiva Island, Fla, in May 2019. That investigation is ongoing and also offers a reward for information.”

The dolphins are popular in Florida and tourists frequently feed the animals which obviously led to dire consequences. The deceased dolphin was found in the “begging posture.” Sadly, dolphins have learned to associate food with humans and often follow boats expecting and begging for food.

What People Are Reading On WayneDupree.com

[VIDEO] Seattle’s Mayor Jenny, Her House and Her Family Just Got Eaten Alive by Angry Anarchists at 1:30 in the Morning