Blessed Union of Two Military Soldiers: ‘I’m Thankful for Everything You Do for Me’

When Quintin Highler and Makayla Allman tied the knot recently, they took their commitment, their dedication and their love for one another to a beautiful new level

When this beautiful couple were married in March of 2018 in Bertram, Texas, he vowed to her, “I promise not only to hear you, but most importantly to listen.”

He also said, “I promise to care for you and support you, not only when you need it — but every day.”

And she vowed to him, “Today I give you a promise. I promise to be your lover, your companion, and your friend, your partner in parenthood, ally in conflict, comrade in adventure, and accomplice in mischief.”

She also said, “When I met you, I found my faith.”

The married couple — husband Quintin Highler and his new wife, Makayla Highler — both acknowledged that without God, their blessed union and happy marriage wouldn’t even be possible.

Today, on Veterans Day and always, this marriage of two military members — they are both Army — is worth celebrating, noting, and honoring.

Husband and wife are each sergeants in the U.S. military.

They’re based in Oklahoma.

As she told Reverent Wedding Films, which produced their wedding video, “We met in our unit, and then deployed to Korea together. While in Korea, that’s where he proposed to me.”

And Quintin Highler said of his wife, “I’m thankful for everything you do for me.”

Not only are they very much in love and hugely accomplished as military members — but this couple is tough!

Back in November of 2018, Makayla Highler, as a sergeant with the 2nd Battalion, 18th Field Artillery division, received an award for Noncommissioned Officer of the Year from FCoE and Fort Sill Command Sgt. Maj. John Foley in front of hundreds of her fellow soldiers from the 75th Field Artillery Brigade in Fort Sill in Lawton, Oklahoma.

“I’ve always thought it was possible, but never thought I’d achieve it — so when they said it was me I was really excited,” Highler, who was then just 20 years old, told The Fort Sill Tribune. 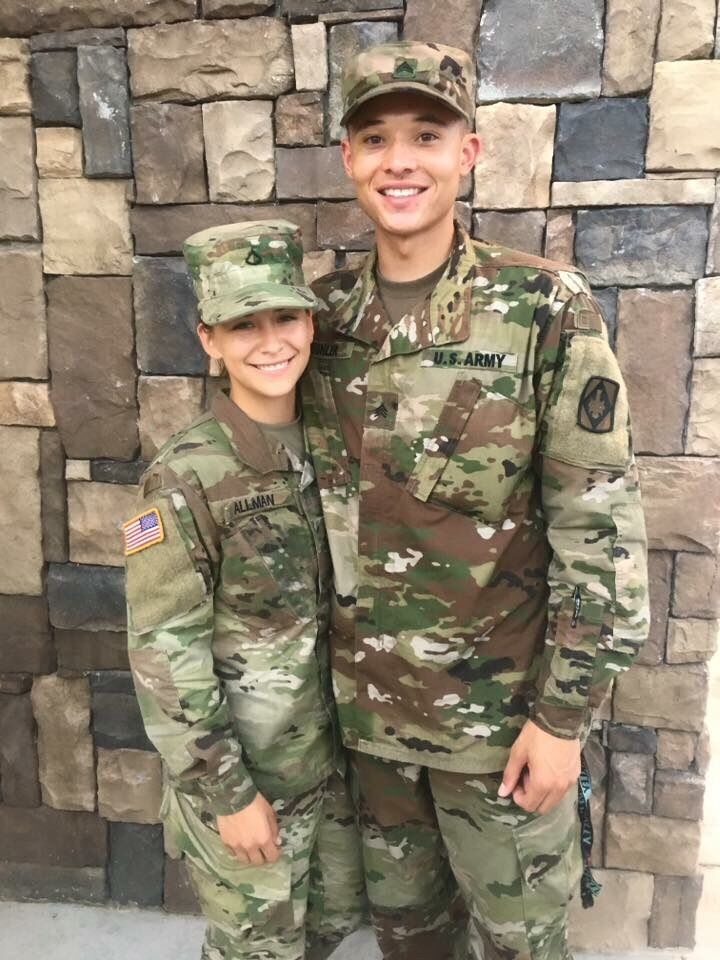 She said she never quit during the competition, which took place in May 2018, as the outlet reported.

She competed at the III Corps Forces Command competition in June but did not win.

“During the 12-mile ruck march I did not want to keep going, but when you dig deep and don’t quit, you can keep going,” she said, as The Tribune also reported.

She acknowledged that her husband Quintin assisted her with preparation for the challenge.

Her husband, she said, “studied with me at home, and helped me get in shape, and gave me the confidence to keep going,” she said.

This couple is serving their country — and showing what a strong marriage takes as well.

This piece originally appeared in LifeZette and is used by permission.

Read more at LifeZette.com:
With Today’s ‘New’ Masculinity, ‘You’re Guilty if You’re a Man,’ Says Michael L. Brown
Veterans Deserve Sincere Thanks for Our Freedom, Our Country, Our America
Lindsey Graham: Congress Must Know Who Whistleblower Is or Process Is ‘Dead on Arrival’

During Her Continuing Audition for the VP Slot, Michigan Governor Proclaims Healthcare “Heroes” are Racist